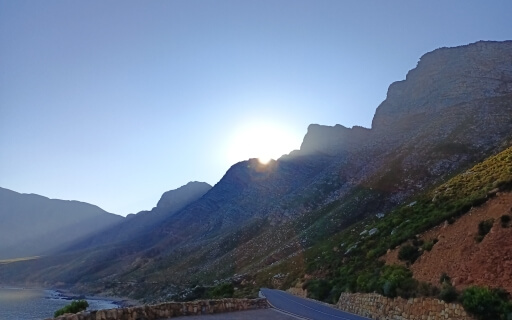 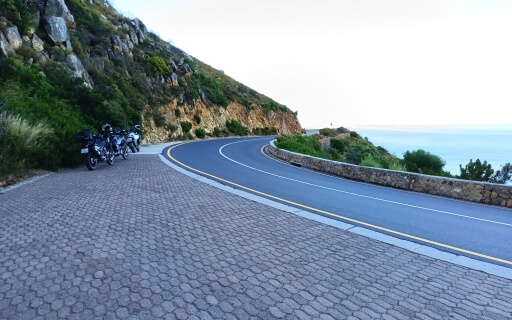 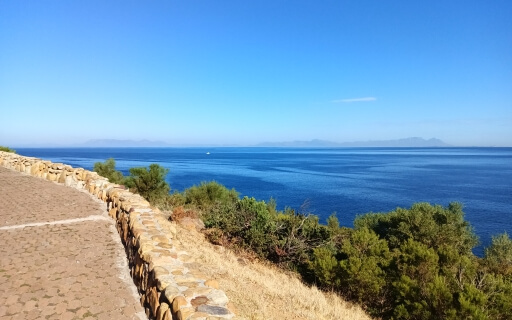 Regarded as one of the best scenic drives in the world by some people, a part of the R44, known as the Clarence Drive, is a 21km stretch of road winding along the Hottentots Holland mountains east of False Bay between Gordons Bay and Rooi-Els.

Named after Jack Clarence, one of three business partners who started the development of Betty's Bay, the road was built shortly after World War II started. Due to the timing, the necessity of a road between Somerset West and Betty's Bay for the business partners coincided with a decision by the military to install two radar stations on the mountain side at Cape Hangklip (in Pringle Bay) that required better road access.

Because of this the building of the road was considered a military project and it was completed in a short time by well-treated enthusiastic Italian prisoners of war in South Africa.

The road was improved in 1998 with the addition of several viewing sites and today the road is beautifully maintained and attracts tourists, locals, bikers, cyclists and even the wild life on a daily basis.

Clarence Drive is used commercially and high traffic can be expected during week days. On weekends it's the ideal breakfast run route.

On a clear sunny day you can see the Cape Peninsula, Simon's Town and even the eastern side of Table Mountain across False Bay. Dolphins are frequently spotted in False Bay and also Humpback and Byde's whales during whale season from July to December.

The breathtaking scenery on the drive will undoubtedly distract your attention, so be sure to make use of the viewing sites to pull over and appreciate the scenery safely. Baboons and cyclists also share the road, so please drive careful.

Along the drive make sure to stop at Curbside Coffee about halfway through the drive. They make the best coffees, cappuccino and latte's for a drive like this. Other sites you can visit on your drive include Dappat Se Gat, a beach popular with surfers, Kogel Bay Beach, a 1.9km sandy shore, Klippies Bay Day Camp and Sparks Bay Day Camp Tidal Pool.