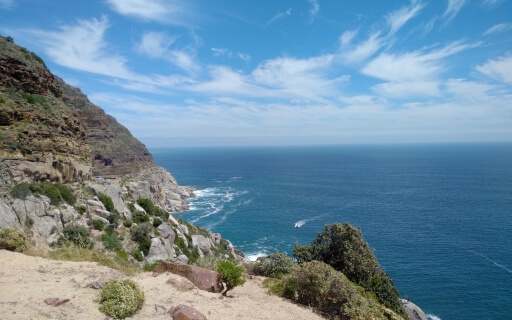 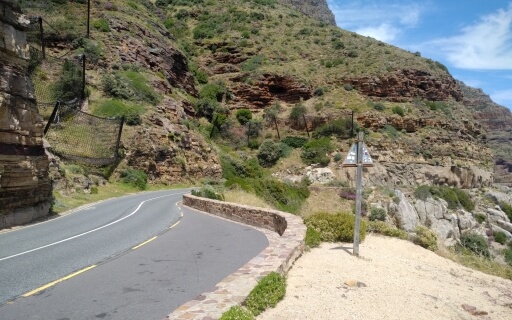 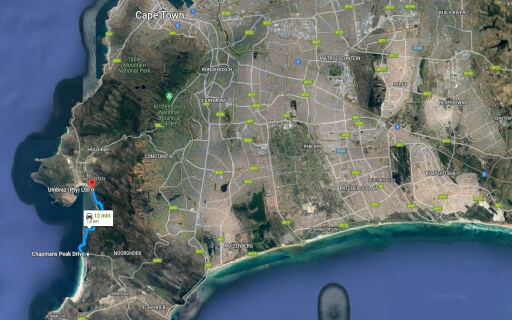 Chapman's Peak Drive is a road between Noordhoek and Hout Bay that hugs the near-vertical face of the Chapman's Peak mountain on the western side of the Cape Peninsula. The mountain was named after John Chapman, the pilot of an English ship that was becalmed in the bay (later named Hout Bay) in 1607.

Regarded as a major feat of engineering, Chapman's Peak Drive was hacked out of the face of the mountain between 1915 and 1922 with the use of convict labour.

Following a landslide incident which resulted in a death and subsequent lawsuit, the road was closed in the 1990's, and after being re-engineered, opened for traffic again. For safety reasons, the road is closed during routine maintenance and dangerous weather conditions.

The almost 8km road with view sites offers a spectacular scenic drive experience overlooking the Atlantic ocean and Hout Bay. We do recommend that you take the drive on a sunny day for the best views.