Durbanville is a town in the Western Cape province of South Africa, part of the greater City of Cape Town metropolitan area. Durbanville is a semi-rural residential suburb on the northern outskirts of the metropolis and is surrounded by farms producing wine and wheat. The first modern humans indigenous to the Cape area included the Khoina (informally known as 'Hottentots') and the San ('Bushmen') people. These peoples are believed to have lived in the Cape and its surrounding coastal areas dating as far back as 60 000 years ago. They migrated from the interior of the country, what is today the Northern Cape province, and from Botswana and Namibia to the Cape.

Durbanville's inception can be traced to a fresh water spring located in the town. The spring is currently situated behind the Durbanville Children's Home. The spring was designated by the VOC (Dutch East India Company, Dutch: Vereenigde Oostindische Compagnie) in the mid-1600s to be used as a water replenishment station for travelers on their way from Cape Town to the interior of southern Africa. In 1661 rhinoceros and ostrich were known to inhabit the area. Durbanville was originally known as Pampoenkraal (from the Afrikaans words pampoen meaning pumpkin, and kraal meaning corral - an enclosure for livestock). This name was attributed to the town because of a pumpkin patch which grew alongside a dam located behind the current Town Hall. Due to the natural spring, Pampoenkraal became a preferred resting place for travelers before continuing on their journey into the interior.

During the late 1600s, the VOC allocated farms to free burghers situated around the town. Some of those farms are still in existence today, many of which are renowned for their wine production. These include Bloemendal, Meerendal, Diemersdal and Altydgedacht. The first portions of land were earmarked as residential properties and allocated in 1806, signifying the start and development of Durbanville. In 1825 a group of local farmers requested permission from Lord Charles Somerset (governor of the Cape Colony at that time) to build their own church. The Dutch Reformed Church was commenced in 1825 and inaugurated a year later on 6 August 1826. A small village grew between the church and the outspan (overnight stop). During 1836 the inhabitants of Pampoenkraal petitioned the Governor of the Cape Colony, Sir Benjamin d'Urban, for permission to rename the village D'Urban in his honour. Permission was duly granted and the new name persisted until 1886 when it was renamed to Durbanville in order to avoid confusion with Durban - a major port city in the east of South Africa.

Durbanville had its own court house, jail and magistrate from the 1870s and became a Magisterial District of Bellville. The court house complex still exists in altered form within the Rust-en-Vrede complex, originally erected in 1850. A village management board was established in 1897 and a municipality in 1901. The first mayor elected was John King. The village grew rapidly after the turn of the 19th century and a local wagon industry developed. The King Brothers Wagon Works' used to be South Africa's biggest wagon works. At the turn of the century, it employed more than 200 men, which just about accounted for the entire village. 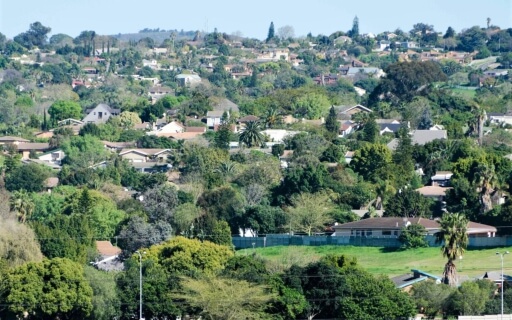 Below are some articles about Durbanville