Brackenfell is a town in the Western Cape province of South Africa at the gateway to the Cape Winelands. Organisationally and administratively it is included in the City of Cape Town Metropolitan Municipality as a Northern Suburb and is about 30 kilometres east of Cape Town City Bowl. In Brackenfell a variety of property situated on the slopes of the Bottelary Hills can be found. The Bracken Nature Reserve, situated in the Ruwari suburban area, was once a quarry site and was later declared a nature reserve after some negotiations between the Cape Town City Council and the Stellenbosch Divisional Council.

Brackenfell offers schools, shopping malls and medical services, and many different sporting facilities. Brackenfell has several major access roads including the N1, R300, Old Paarl Road and Bottelary Road. The earliest activity on what today is known as Brackenfell was when the "de Clapmuts" was a refreshment post. Brackenfell specifically form part of Klapmutsberg, better known as de Bottelarij.

In 1712 the area known as "Kruispad" was transferred to Selie, J. Kruispad was owned by Brink, A. and in 1901 he sold it to a Scottish Immigrant Walton, G.H. The flora on this farm reminded him of the same in Scotland. He called it Brackenfell (Bracken means fern; Fell means hill). The richness of granite in the area let to the farm being sold to a Brick company in 1903 and a granite quarry was established. Activity here stopped in 1948. In 1904 a railway station was established. Brackenfell used to be a major road crossing during the earlier days of Cape Town, but today it is a well-known suburb located behind the 'boerewors gordyn' which translates to sausage curtain, meaning; people living in this area, braai (barbecue) boerewors very often. "Gordyn" curtain is just by figure of speech. It's all said tongue-in-the-cheek. 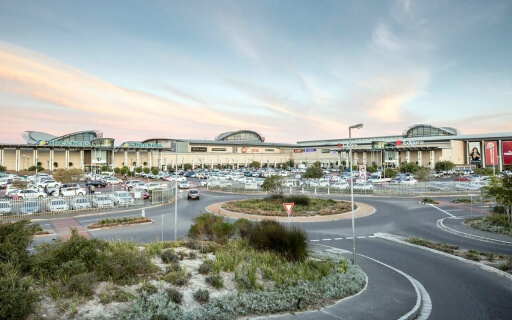