Claremont is a suburb of Cape Town, South Africa. It is situated six miles south of the city, and is one of the so-called "Southern Suburbs", it is situated alongside Lansdowne. It is an important commercial and residential area, which is currently experiencing significant growth and development.

Until the arrival of Dutch colonists in 1652, the uncultivated veld of the Cape Peninsula was used by the nomadic Khoisan as grazing for their cattle. The Dutch established an outpost on the shore of Table Bay, and in 1657 they established a number of farms south of the outpost. The most southerly of those original farms, named Louwvliet and Questenburg, are today covered by the suburbs of Claremont and Newlands. The area was agricultural for about 150 years. Other estates that were established included Veldhuyzen in 1676, Stellenberg in 1697, Weltevreden (originally part of Stellenberg) in 1730, Sans Souci (originally part of Questenburg) in 1786, and The Vineyard in 1798. They produced grain and grapes, and some farmers made wine.

After the colony had been taken over by the British in 1814, the character of the area gradually changed from agricultural to residential. British settlers and officials bought the farms, renamed some of them, and turned them into country residences. Weltevreden was subdivided in 1822, and it was a portion of it that was later to be renamed Claremont. The distinguished British astronomer Sir John Herschel put the area on the map by living at Feldhausen (formerly Veldhuyzen) from 1834 to 1838. A village began to develop on the main road near Feldhausen in the 1830s, and by 1840 it had become known as 'Claremont'.

The annual Cape Almanac for 1840 described the area and stated that : The new village of 'Claremont' succeeds, near to which, on the left, is 'Claremont House', the property of R. Waters Esq, who has lately laid out the grounds with much taste, in the manner usually known as the English style of landscape gardening. The village grew during the 1840s and 1850s. Public transport consisted of horse-drawn omnibuses which plied along the Main Road from 1837 until the railway was opened in 1864. In 1845 the timber merchant Ralph Henry Arderne started work on what would become the Arderne Gardens. The gardens, by then regionally renowned, were bought by the municipal government and turned into a public park in 1928.

In 1863, the Anglo-Italian immigrant and businessman John Molteno, who was later to become the Cape Colony's first prime minister, bought 140 acres of land centred on the Claremont House estate. The property was subdivided and developed from 1897 onwards, and Claremont House itself, situated in modern terms between Molteno Road to Pine Road, was later demolished. However its two extensions, Greenfield House and Barkly House, still stand today as schools. The opening of the railway from Cape Town to Wynberg in 1864 spurred subdivision and development. The Feldhausen estate (also known as "The Grove") was subdivided in 1869-1870. A new Congregational Church was built on the Main Road in 1877. The Claremont Hall was opened in 1879. The land along Lansdowne Road east of the railway line was subdivided and developed from 1882, creating a large residential area which is now known as "Harfield Village". 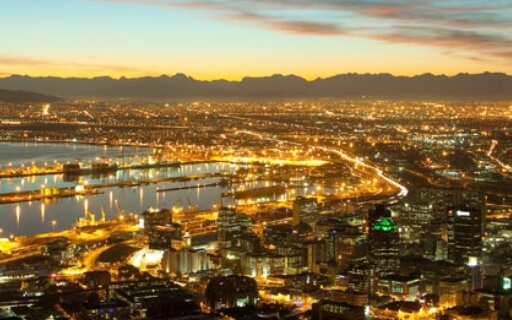 Below are some articles about Claremont

Have Breakfast At Starlin...