Wynberg is a southern suburb of the City of Cape Town in Western Cape, South Africa. It is situated between Plumstead and Kenilworth, and is a main transport hub for the Southern Suburbs of Cape Town. In the 1650s Jan van Riebeeck's farm Boscheuvel, where he planted the Cape's first vineyards and was the first to produce wine in the Cape, was located in the greater Wynberg area close to the slopes of Table Mountain. In 1683 land along the Liesbeek River was granted to Herman Weeckens by Simon van der Stel. The farm was named De Oude Wijnbergh (Old Wine Mountain). The Cape's rough seas in the winter months led to a formal winter anchorage in 1743 where ships would dock at Simons' Baai (present day Simon's Town). A wagon route linking Cape Town to Simon's Town went over the hill adjacent to De Oude Wjinbergh estate. When the British took control of the Cape settlement on 16 Sept 1795 the small farming area of Wynberg developed rapidly into a garrison town, as the British settled a large number of troops in the area. A notable settler was Alexander Tennant who built a house still standing, named Sonnebloem. At Wynberg the Dutch had earlier made a show of resistance, but they were soon driven from their post by the British. Wynberg was a convenient halfway point between Table Bay and False Bay and this led to a hub of commercial activity. The authorities had allotted places where large teams of oxen could be unyoked and graze which made this possible. he village provided farmers with an alternative to the market in Cape Town. As more farms were subdivided commercial and residential properties began to increase. Diplomat Edmund Roberts passed through Wynberg in 1833. He described it as being "beautiful," and being "adorned with a great number of gentlemen's seats, and neat cottages, the avenues leading to them having well-trimmed hedges of myrtle and oak..." The famous astronomer John Herschel lived at Wynberg between 1834 and 1838, where he set up a telescope to study the southern hemisphere skies, and also did some botanical work on South African flowers together with his wife Margaret. In addition, it was in Wynberg that the young Charles Darwin met Herschel in 1836, a meeting which considerably influenced Darwin's later work. Battswood School was established in 1891 by Martha Grey. Martha was a local coloured woman, born at the time of the emancipation of slavery in 1838. The school was closed and the property sold by the Dutch Mission Church in 1997, it was officially re-opened in Ottery, Cape Town, a few kilometres from Wynberg by ex-President Mandela in 2001. One of South Africa's first electric power plants was built in Wynberg on Electric Road in 1893. Opened by the mayor of Wynberg, James Bisset, to provide power to a local tram system and public streetlights. The municipality of Wynberg was merged into the City of Cape Town following a local referendum on the issue on 11 June 1927. A merger that was fueled by complaints from community members in outlaying areas of the Wynberg municipality such as Diep River and Plumstead that their areas were being neglected and that much needed urban upgrades to roads, sanitation, and the provision of electricity were not being met. Additionally the municipality had accrued a large loan account of 650,000 Pound (equivalent to 318,400,000 Pound in 2020). At the time Wynberg was the largest municipality boarding Cape Town in terms of the number of registered voters in the area (4250) with only Claremont (3226) and Sea Point (3601) being comparable; the municipality included the modern day Cape Town neighborhoods of Plumstead, Diep River, Retreat, Heathfield, Tokai, Constantia, Princess Vlei, Grassy Park, Southfield, Wynberg, and parts of Kenilworth. Wynberg is bordered by Kenilworth to the north and Plumstead to the south east, Constantia is situated to its west.

Wynberg railway station is on the main line from Cape Town to Simon's Town. Main Road (which runs from Central Cape Town through to Simon's Town) runs through Wynberg, and the suburb can also be accessed from the M3 freeway which skirts the west of the Neighborhood close to the Wynberg Military Base. 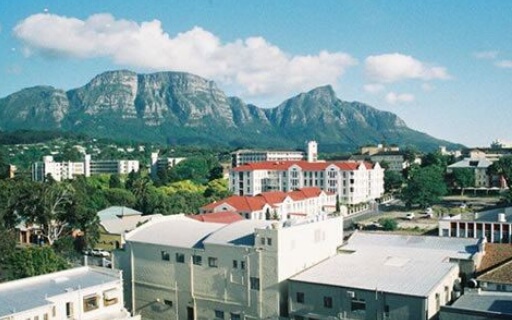