Lambert's Bay is a small fishing town in the Western Cape province of South Africa situated 280 kilometres north of Cape Town. It is part of the Cederberg Municipality. The coast town has been proclaimed 'the Diamond of the West Coast' because of its white beaches, wildlife and lobsters. Although primarily a fishing town, it has become a significant tourist attraction on the West Coast due to its moderate all-year climate. Bird Island Nature Reserve - The nesting and breeding ground of thousands of Cape gannets, penguins and other bird species can be reached by walking on a breakwater wall.

Lambert's Bay is named after Admiral Lambert of the British Navy who did a marine survey of the bay between 1826 and 1840. In 1887 Mr Stephan bought the commercial buildings and built the hotel in 1888. Lambert's Bay was used as a lay-up for British warships during the war of 1900-1902 and in 1901 HMS Sybille was wrecked opposite Steenbokfontein. The first crayfish factory was started by Mr Lindstrom in 1918. Mussel Point also known as Mike Taylor's Midden (MTM) is possibly the largest of 13 megamiddens found along the South African West Coast. MTM is the only open site with remains from the early pottery period (3000 and 2000 years before present) in the Elands Bay and Lamberts Bay areas. There are only a handful of shell middens along the West Coast of South Africa that are as large and deep as Mussel Point. These very large sites, named "megamiddens", are the expression of unique social and economic (subsistence) solutions to environmental and demographic challenges that precolonial San hunter-gatherers faced between 3000 and 2000 years before present (BP). MTM is at least 350 metres long and 200 metres wide and has a depth that varies between 1.0 to 1.5 metres (39 to 59 in). It dates to between 980 and 2800 BP, however, much of this occupational sequence dates to between 2100 and 2500 BP. For this reason, MTM is singular among megamiddens in that it offers the best chronological resolution (greatest volume for shortest time) for the later part of this unique period of the precolonial history of South Africa. 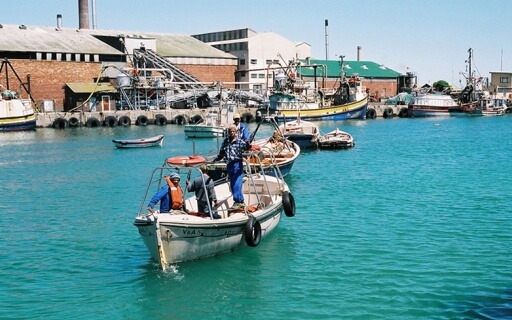