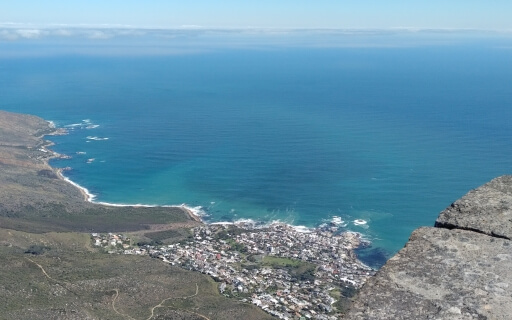 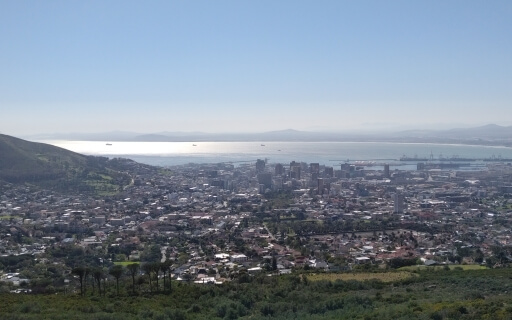 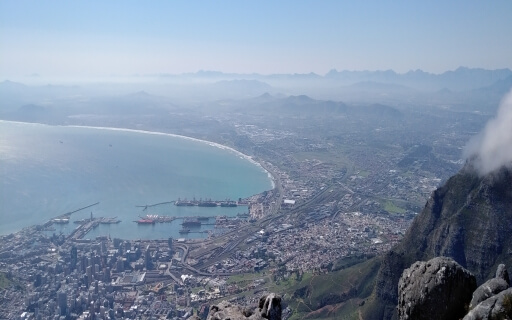 Table Mountain, one of the 7 Wonders of Nature, is perhaps the most ionic landmark in South Africa and is visited by approximately 800,000 people every year. Before it was named Table Mountain, or "Tafelberg" in 1652 by Dutch settlers, the Khoisan called the mountain "Hoerikwaggo", meaning "Mountain in the Sea". In 1503 Portuguese explorer, Antonio de Saldanha, who hiked the mountain named it "Tabao de Cabo", meaning "Table of the Cape". This particular hike is also the first recorded hike in history!

You can either hike to the top of the mountain, or you can use the 5 minute way, the cableway (or cable car way). The cable way was finally built in 1929 after the project was halted in 1870 by the Anglo-Boer War, and then again in 1912 by the World War I. The plans for the cableway was presented by Norwegian engineer, Trygve Stromsoe, in 1926.

The first cable cars could take only 25 people at a time. In 1997 the cableway was extensively renovated and fitted with new cars that can take up to 60 people at a time. And they rotate 360° so everyone can see all around.

The temperature is significantly lower at the top of the mountain, so remember to take a jacket and ear muffs just for in case - especially if you visit the mountain in the winter.

According to bunac.org, a British tourism site, Table Mountain has the world's highest commercial abseil location, standing at 112m.

Spend The Day At Smitswin....

Ride The Train To Ceres.

Swim In The Silvermine Da....

Check Out The Duck Parade....

Have Lunch At Nomzamo But....

Go On The Newlands Brewer....

Have Brunch At The Potluc....

Have Sundowners On One Of....

Indulge In A Spa Day.

Have A Braai At Oudekraal.

Sample Some Local Craft B....

Have Breakfast At Starlin....